On the go! Apricot at Home for Life, in a photograph by Mark Luinenburg, Summer 2016. He moves faster than you would think! Apricot refuses to admit there is anything he can't do and having such a fighting spirit serves him well, helping him live as much as possible like any other cat

Apricot came to Home for Life when approximately six months old. Neutered, he was rescued by  Vafa Animal Shelter as a paraplegic kitten. Like many animals who are paraplegic due to a broken back, Apricot is also incontinent.

Apricot as a kitten at the Vafa Shelter

Although Vafa Animal Shelter is renowned for their great work on behalf of Iran's homeless dogs, they also help many cats, and couldn't turn away from Apricot who was found as a stray, with his hind legs paralyzed. It's assumed he was either struck by a car or deliberately injured by a human.

Apricot at the airport in Tehran, ready to embark on his journey to the United States

The rescue of Apricot had special significance for Home for Life and for everyone at Vafa following a devastating fire at a nearby cat shelter which is suspected to have been arson and which took the lives of 150 cats and kittens, many who had special needs and were disabled. This tragedy also claimed the life of the shelter's director who tried desperately to save the cats, and who ended up dying due to smoke inhalation and burns suffered in the fire. This terrible incident occurred just before Vafa asked us for help with Apricot.  In memory of the cats and kittens who perished, and in honor of Mrs. Raoofi, the cat shelter director, we agreed to accept Apricot at Home for Life. Apricot departed from Tehran for Home for Life in the summer of 2015. He flew to Chicago, where Vafa Animal Shelter volunteer Rachel  met his flight and then, drove him to Home for Life.

Below a moving tribute from Vafa Animal Shelter - Canada in honor of the courage and dedication of Mrs Raoofi who lost her life trying to save her shelter's cats and kittens. 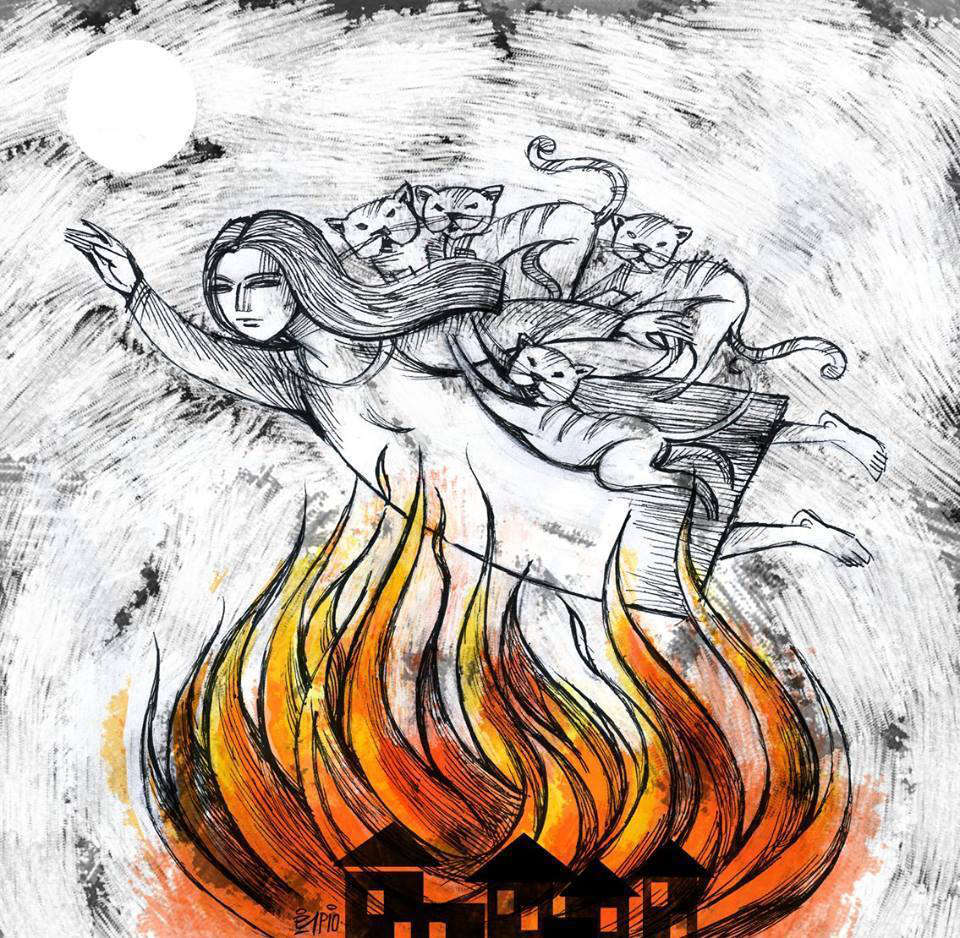 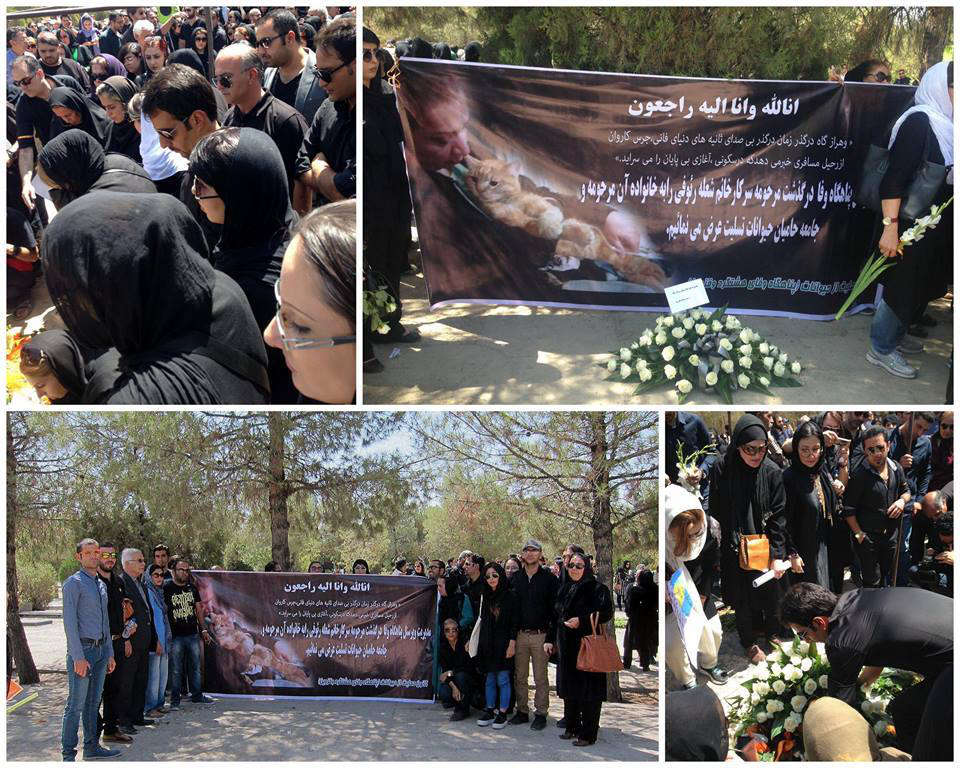 Below, photos of the shelter before the arson, Mrs Raoofi with her cats, and after the devastating fire, read more about this tragic incident, which was the impetus for Apricot's rescue by Home for Life 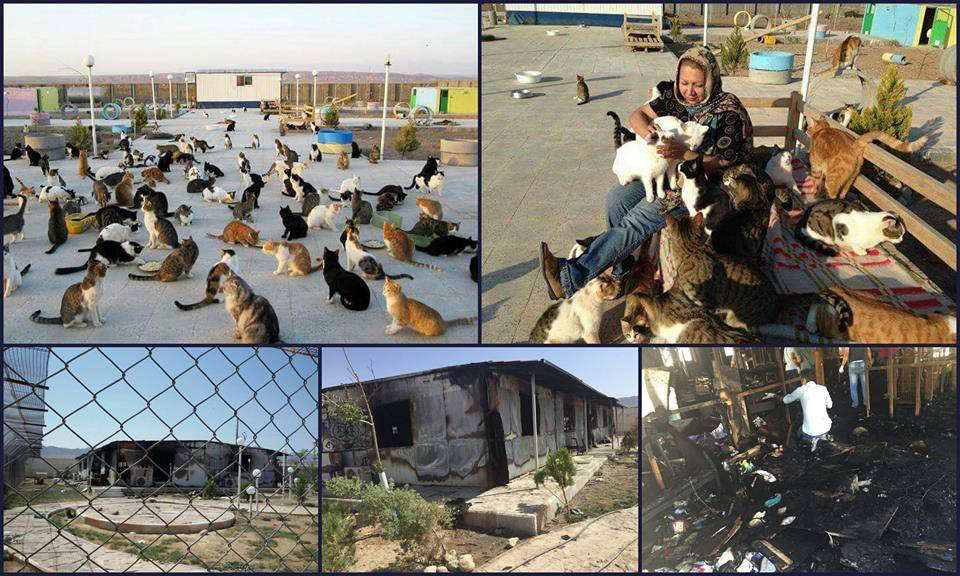 Apricot is the latest paraplegic cat helped by Home for Life. Our first two paraplegic cats were Rory and Peaches; both females, they were both left paraplegic after being shot in the back. From Peaches and Rory, we learned much about giving these special cats a full life despite their disability. For instance, we found that, unlike dogs, paraplegic cats don’t do well with carts. They dislike the restriction of the cart and are so light in weight, that they get around more easily under their own power.

Peaches lived at Home for Life for over 10 years, Rory for nearly 13, and both girls always loved to go outside and play in the grass. Apricot continues the fruit theme for naming our orange cats. We also have an orange and white tabby named Apple! Peaches became paraplegic after she was shot in the back in her former home while she was outside. Even after losing her ability to walk, Peaches retained her adventurous spirit and still loved nothing better than to be outside, playing in the grass.

Home for Life's paraplegic Peaches in her onesie.

We always tried to get our paraplegics cats Rory and Peaches outside as often as possible in warm weather, and we continued the tradition with little Apricot after he arrived at Home for Life. Since he was so young, we kept him isolated from the adult cats for the first several weeks, but he got to socialize and meet them when outside, encountering his new friends thru the cat run fencing. More about our care for these special cats like Peaches, Rory and now Apricot.

Apricot pretending to admire the zinnias outside the north cat run while secretly checking out the cats - even a kitten's got to keep his cool!

Apricot is now about age two, and has grown into a beautiful athletic boy. We studied the way Apricot moved, and observed that like Peaches before him, he pulled himself along by his front legs, with his weight on one side, one hip. To maximize his freedom and to prevent pressure sores and abrasions, we adapted baby onsies for Apricot, with an incontinence pad taped inside to protect his side. It is always a challenge to keep clothes on cats because they don’t have shoulders like a human being, but our staff figured out how to secure the outfit on Apricot with white tape around the waist so it doesn’t slip off as he moves around. He moves quite easily on our tile floors which are smooth, and heated in the winter.  He now has a complete wardrobe consisting of several onsies - the same size used for a one year old child - and is checked every two hours to be sure his outfit isn’t soiled. To help keep him clean and prevent infections, Apricot is shaved on the lower half of his body, but still has his beautiful, fluffy orange and white coat from the waist up. With his striking orange eyes, it is easy to see where the inspiration for his name came from!

Apricot outside - the feel of the soft grass and warm sunshine

At night after a full day of play and activity, Apricot is pooped and ready for a good night’s sleep. He slips out of his outfit for the night so his skin can air and sleeps with some of his cat friends in one of our isolation rooms, where the tile floors are cool in the summer, and cozy-heated and warm in the winter with plenty of comfortable blankets and beds. Instead of being relegated to life in a cage, Apricot is afforded as much freedom of movement as one of our cats who is not disabled. He doesn’t relish his morning bath and having to get dressed  first thing, but once in his outfit for the day, he moves around the cattery freely, even going outside to the attached cat run via the cat doors, on his own power,  During the nice summer days and evenings, Apricot can be found at any time outside in the cat run, eagerly keeping track of the many gophers, birds, bugs and butterflies that come to visit the feeders and gardens. Despite being left disabled and paraplegic by the cruelty he suffered when only a kitten,  Apricot now has the opportunity and freedom to  live life as much as possible like a regular cat, his life at the sanctuary a touching legacy in memory of the 150 Iranian cats, kittens and their dedicated rescuer.