Radar is a little dog who came to Home for Life in the spring of 2020. It's been wonderful to see his transformation since he found a home for life at our sanctuary after an arduous journey thru the rescue roulette. 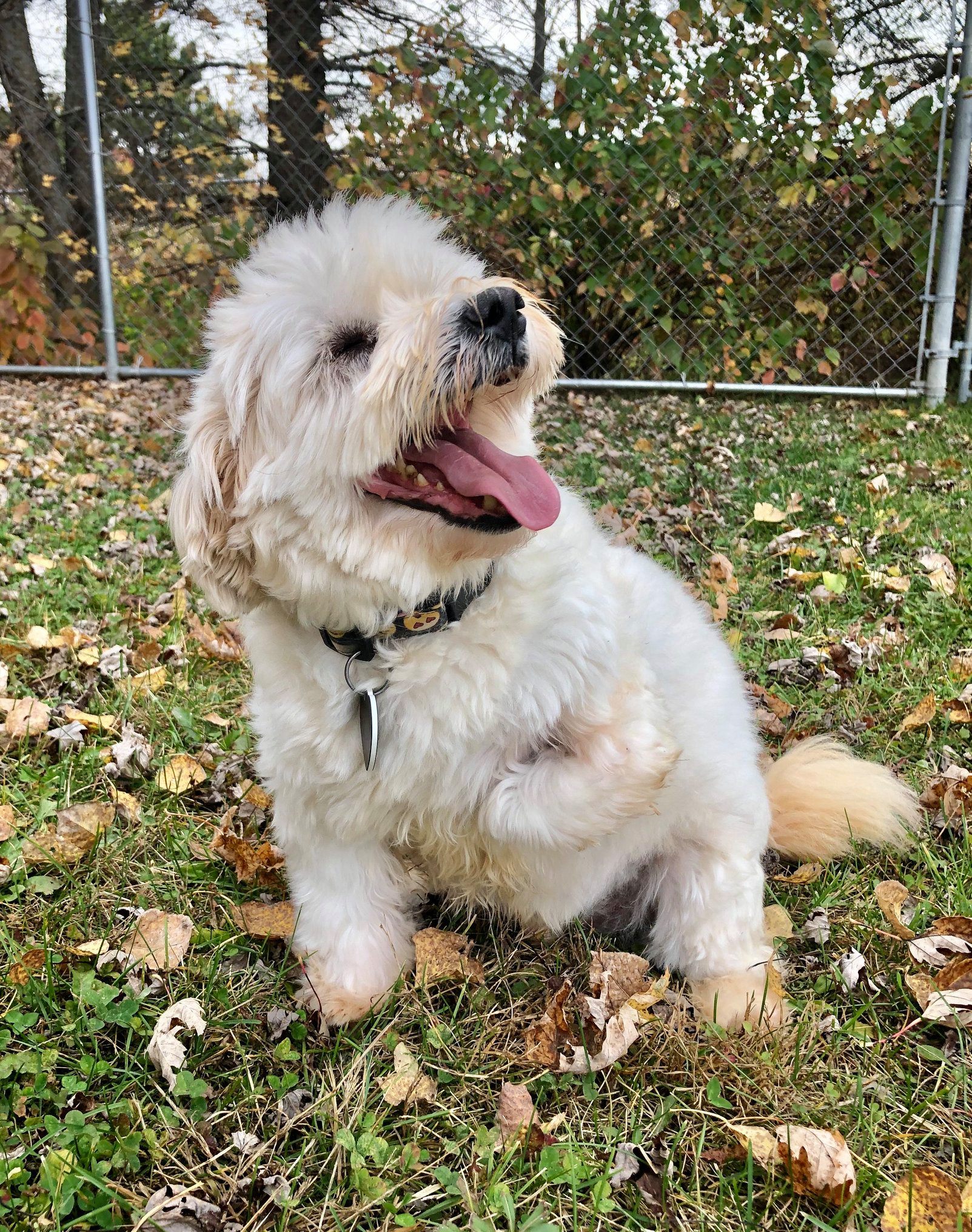 Radar is about age 5 and was a stray who originally made his way from California, to the Animal Humane Society of Minneapolis to try his luck to find an adoptive home. Not a lot is known about Radar's early history but according to his former owners who surrendered him to Home for Life, he had never had a real home before they adopted him and came to them with a deformed front leg—it's not known if this twisted limb was a birth defect or was the result of an early injury.

Radar was fortunate to be adopted by a young and very compassionate couple who were patient and kind to Radar as they attempted to help him adjust to family life. But whatever occurred when Radar was young and during his formative years profoundly affected him. Despite three years in a home with owners who were committed to his success as their pet, Radar remained skeptical of new people and had an incident when he bit one of the owners in the lip while being held.

The couple were involved in IVF procedures and hoped to have a family someday; they realized that Radar's behavior would not be compatible with family life where young babies and children were present. They contacted Home for Life® to see if Radar would, at last, be able to find a safe refuge at our sanctuary where he would not be passed around or put at risk again.

Radar has done so well since coming to Home for Life®! He is a charming dog who likes to sit up on his haunches to greet his loving caretakers at Home for Life® and seems to have a constant smile on his face. Although he is fluffy, white, and seems to have a perpetual smile on his face, Radar has his boundaries and likes his independence. He looks like a fluffy dog toy to cuddle and hug but in fact, he has some terrier heritage we think and is an independent, athletic kind of guy who has his boundaries and needs his space. He has also responded well to the more predictable environment at Home for Life® where he knows the boundaries and routine and what the expectations are of him.

Radar loves to run and explore and has made many new dog friends at Home for Life®.  With an opportunity to have his boundaries respected, to be a dog instead of a stuffed toy, get more outside time and burn off some energy, and act on his true nature as an athletic, energetic canine, Radar has thrived at Home for Life® and has always been a good boy for us.

If animal welfare really hopes to become no-kill someday, the plight of animals like Radar and so many others needs to be addressed. At Home for Life®, we call dogs and cats like Radar the "invisible animals" of rescue: often with multiple adoptions in their background, they still find their lives at risk.

Rescue is a one trick pony consisting of adoption. For dogs and cats who cannot be placed in a conventional home, that avenue will never be a lifesaving alternative for them. We think the third door in animal welfare, care for life sanctuaries like Home for Life®, can save the lives of many dogs and cats like Radar who find themselves boxed out of the animal rescue discussion with their very lives at risk. Read more about the Invisible Animals of rescue and how sanctuary can provide a lifesaving and life-affirming alternative for them: Home for Life Animal Sanctuary: The Invisible Animals.