As a three-week-old puppy, Nino's littermates were slaughtered, and he was mutilated by a gang of boys wielding machetes. They cut Nino's back legs off with the machetes but Nino's mother, a street dog who lived in a village outside of Cancun, managed to grab him in her mouth and run away with him to safety before her last surviving puppy also perished.

The owner of a taco stand and his wife regularly fed Nino's mother, and it was to them that she brought her puppy after he had been injured. They stopped the bleeding on his stumps and brought him to Rescate Malix, a shelter located near Cancun. Some of their volunteers contacted Home for Life via email to ask for help on Nino's behalf. Nino means little boy in spanish. More on Nino's early life was covered in a one of Home for Life's blog posts. Nino came to Home for Life® via California, and while there met rockstars Gwen Stefani and Gavin Rossdale (pictured left). Nino's meeting with the famous rock stars was preserved for posterity in this photograph.

Now about 18 months old, Nino has grown to be a handsome and happy boy who is as full of energy as any young dog. He most resembles a miniature Australian shepard in size and appearance except for his coloring which is white with the brindle markings- the coloration of wild dogs. In fact Nino has a great affinity and interest in the many coyotes that reside and roam near us and is very curious to check out any smells when he is let outside in the morning. Street dogs are often a mélange of many breeds so perhaps it is possible that his heritage includes some coyote blood. Nino lost his legs so early in life that he seems to have no memory of the traumatic abuse he suffered. He is always happy and smiling.

Like all the disabled animals at Home for Life®, he has adapted and makes the best of his situation even though he has only two legs. He can move around with astonishing speed by balancing his weight over his front legs. He is currently going thru the adolescent puppy stage known at Home for Life® as the "landshark phase". Everything and everyone is a chew toy, and Nino gleefully wrestles with the large cats, and some of the smaller dogs, who avoid him at all costs. Nino doesn't take offense at being avoided and is good natured about chasing them with a big smile on his face. He needs to be with other dogs about his size who can teach him to play with proper boundaries ie don't apply pressure if you want to "playbite". When he is around some of the other sanctuary dogs his age or older, he is like the suddenly shy kid at kindergarten who is a tansmanian devil at home. Like all adolescent dogs he is pushing his boundaries right now but is not mean spirited or aggressive, just typical of the boisterous puppy.

Notwithstanding his disability, his mind works fine, and he is still learning about boundaries. He cannot be obedience trained in the conventional way, but he has learned the concept of housebreaking, the recall, stay and leave it. His very favorite food is dried chicken tender chews which he looks forward to as a beditme snack each evening. Although he is shy with strangers, he has made some public forays to meet new friends such as the students at Totem Town who are participating in the Renaissance Program this fall.

Because of his youth and agility we really wanted to see if he could be fitted with prosthetics to enable him to move like a normal dog. The first hurdle to overcome was to get the pressure sores on his stumps to heal. While with the rescue in Mexico, he was fitted with homemade prosthetics but they caused pressure sores on the very end of his leg bones. These wounds took a long time to heal, and on one of his legs, the very end of the leg bone had to be amputated and the skin sewn over it to finally take care of the open sore and swelling the thigh. Determining if Nino could be be fit with prosthetics was a detailed process involving sending the x-rays and measurements of his back legs( which were cut off unevenly and at about where the thigh meets the shin bone) to the company which would custom make the devices. Sadly, after a review of the xrays and second opinion obtained, it was determined that Nino's legs were cut off too high to allow for the prosthetics to be fitted; there was not enough leg bone for the stump cup. 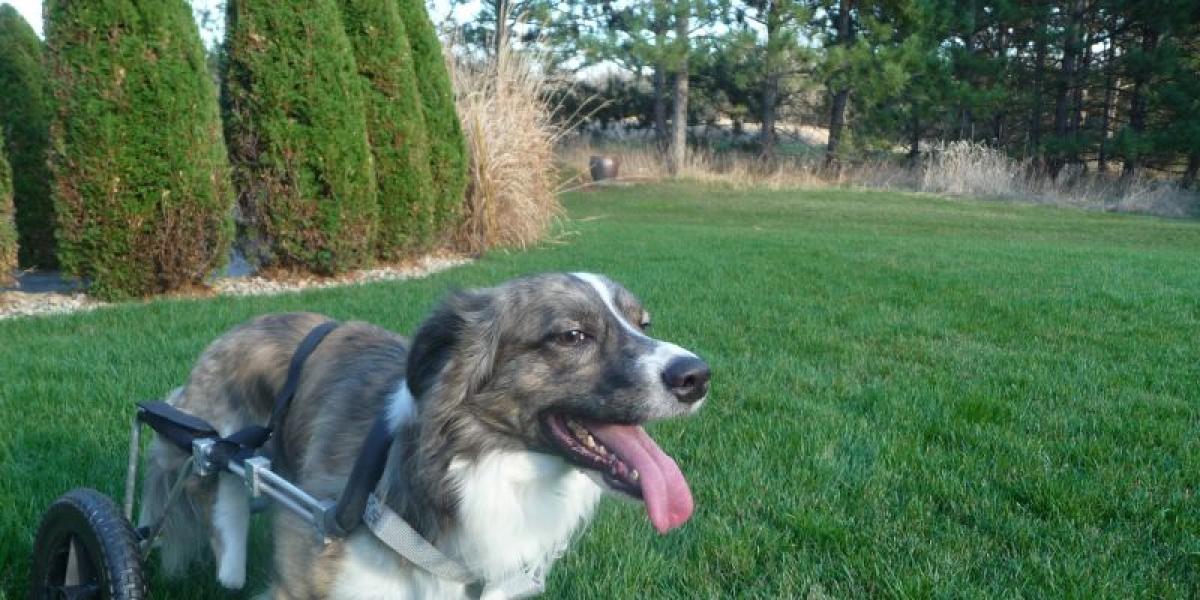 Prosthetics even for people, can be very difficult to manage unless they are fitted precisely- human patients are often challenged by sore stumps and pressure wounds -they are an imperfect solution in reality. Although Nino is so agile and gets along well on his two legs, the concern is that eventually he will cause stress to his upper leg joints and shoulders over time. So it seems Nino will be destined to use a cart. We are glad he has had the warm summer and beautiful fall to grow to full size and learn to manage his disability and grow up to his full height and weight. His athletic ability and the strength he has developed on his front quarters will enable him to master using a cart very easily . The cart will help him continue to enjoy the outdoors as the weather turns colder, without subjecting his fragile back legs to frostbite or discomfort. He will have the opportunity to enjoy the snow like all dogs do without risking injury.

Once he is used to his cart, we think Nino will make an excellent candidate for our Renaissance Program where he can work with a student from Totem Town to learn obedience within his physical limits and train to become certified as a therapy dog. Niño, with his 'can-do" attitude and sunny outlook, will be a real source of inspiration to human patients challenged with the loss of a limb or other disability. 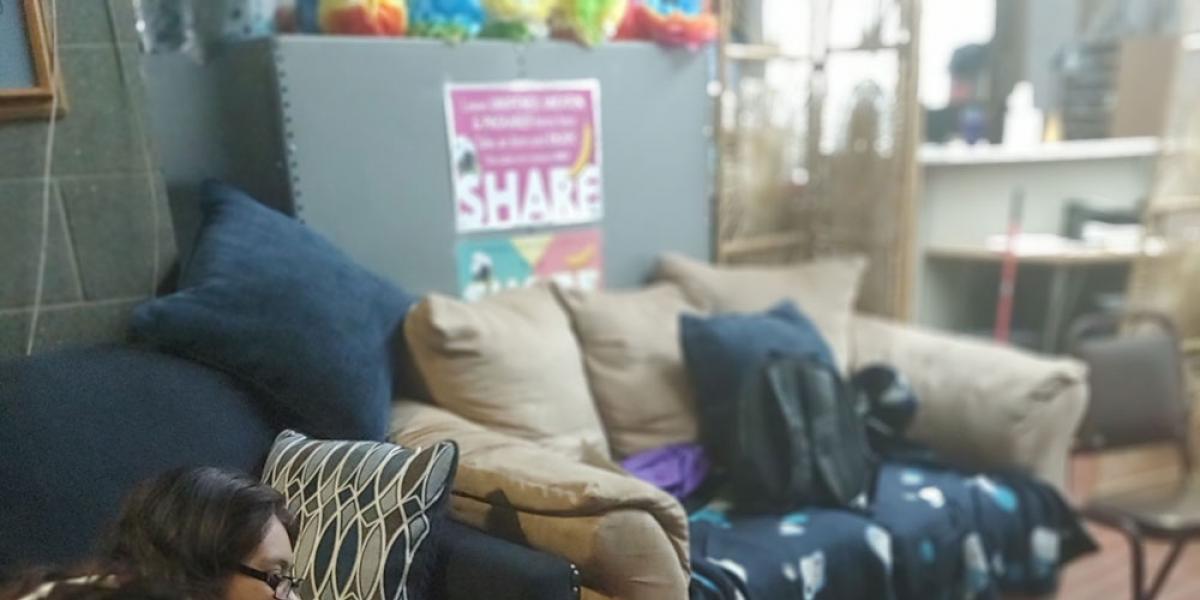 Now a handsome adult dog, Nino has kept his sunny personality but has no great love for his cart and still prefers walking on 2 legs. His BFF:  best feline friend, is a giant black and white tuxedo cat named Tuxie, his best friend is a chihuahua named Cesar and his nemesis is yet another chihuahua named Joey whom he loves to tease -- because Joey reacts with dramatic outrage and lots of barking to reprimand Nino.

The video is a short clip of Nino at Home for Life meeting photographer Mark Luinenburg September 2011, and shows how he walks on his two front legs.