It's hard to believe beautiful blue-eyed Chai (pictured above) was found as a neglected and starving stray in rural Southern Minnesota. He came to us from PCHSRochester after he tested positive for leukemia. Chai took a long time to come around and was very shy and withdrawn, even what some may describe as feral.

With time and patience, he has come out of his shell and has become quite extroverted and even adventurous as seen in these photos. Although Chai was relieved to be rescued and receive care, one can tell he still loves the freedom afforded by Home for Life® and being able to explore the large cat run and hike around in the snow. 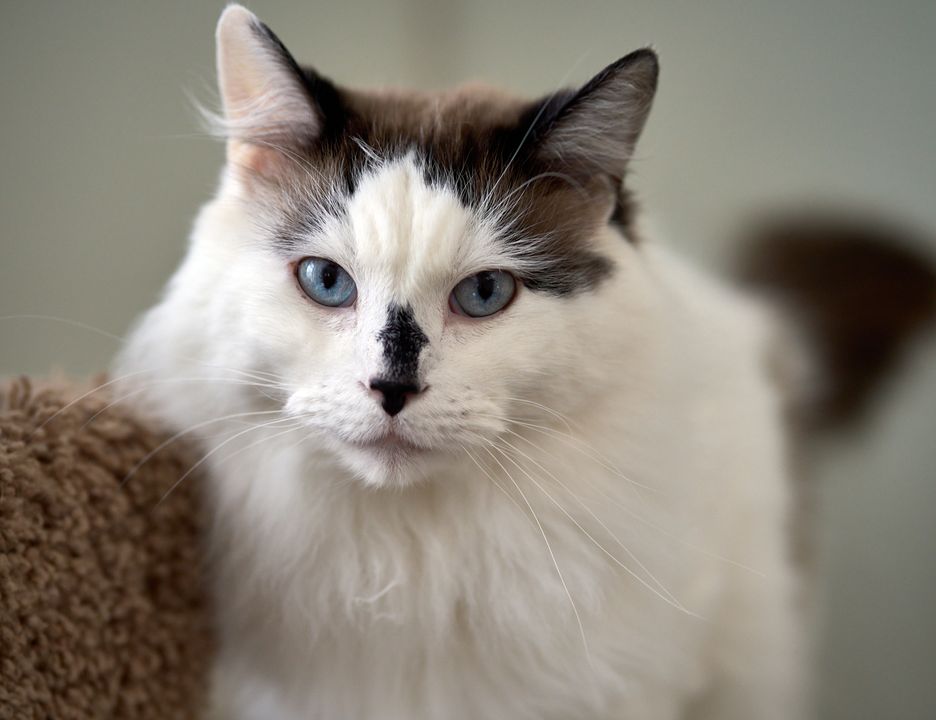 Almost surely once a pet, an owned cat, Chai probably contracted leukemia while trying to survive on his own outside and where he probably came in contact with other abandoned, stray cats who were positive for the contagious virus. There are multiple hazards for cats abandoned by their homes: disease, starvation, cars which many housecats are not knowledgeable about and don't know how to avoid, cruel people, dogs and predators.

Although Chai was relieved to be rescued and receive reliable care, it is apparent that he still loves the freedom afforded by the spacious setting provided by Home for Life® which gives him the opportunity to explore the large cat run and hike around in the snow. Chai is Home for Life®.